While organizing research notes for my next book, Encounters in Yellowstone 1877, it occurred to me that my task is akin that of the Cubist painters.  A hundred years ago artists including Pablo Picasso, George Braque and Juan Gris invented Cubism. They looked at objects from multiple viewpoints, analyzed each viewpoint, and then reassembled them into a single composition. That’s like what I’m doing. 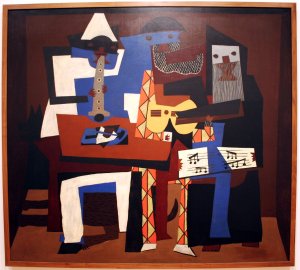 I’ve collected numerous pieces about the events of the summer of 1877 when the Nez Perce Indians encountered several groups of tourists while fleeing from the Army through Yellowstone Park.  Those pieces contain distinct—even disparate—viewpoints. Here are some of them:

My job is to analyze the accounts of these people—and of dozens of others—and sift out the truth. Then I’ll try to put the whole thing together in a coherent whole. To do that, I’ll need to look for places where the various viewpoints converge and diverge, overlap and separate, compliment and contradict.

Like a Cubist painting, the final narrative won’t always arrange things in the way that people are used to seeing them, but I hope it will be compelling and enlightening.  I’m enjoying the challenge.

— To see related posts, click on “Narrative History” under the Categories Button on  this page.

One thought on “On Writing: Cubism, Narrative History and the Nez Perce”